I played it again, then isolated the difficult parts and practiced each part alone. When the hard parts were mastered I started again and put the whole piece together until it flowed smoothly. This was the tedious part of playing the piano: practicing. By now I had played Beethoven’s Fur Elise, so many times that I heard it in my sleep. 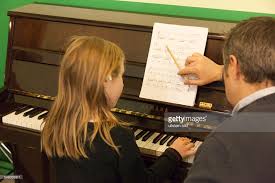 My harshest critic, Steve, would pronounce his verdict about my playing this piece. Today he will hear the version I will play, one week after my last lesson. 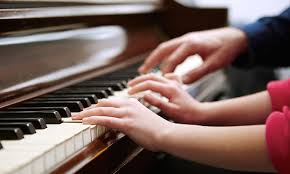 When he spoke he said the exact same words he used every single time I played a piece for him. “Not Bad.” Every lesson, every week, no matter how hard I tried to improve, his critique of my playing was always “Not Bad.”

So that was it? Not Bad? Could I ever do better? Or was the piano teacher simply telling me that my talent for the piano was mediocre and would probably never improve?

My life as a pianist ended shortly thereafter.

But how strange that over 40 years later, as I worked with a physical therapist, it all came rushing back. I was practicing standing on one foot at a time to improve my balance. After holding the one foot pose for the count of 10 before starting to wobble, she said, “Not Bad!”

We both had a good laugh, as I explained my history with the expression “Not Bad,”and continued the balance exercises.

LET’S HAVE A PARTY!