Speaking Through the Years

As much as I love watching old movies, the language that characters use sounds stultifying and dated. Many of the old themes are still viable in our modern world, but the way they are presented grates on the ears.

When an actress says, “Oh, dahling, this is just swell,” We are back in the 1930’s, and  paying more attention to the way she speaks than to the story.

And why does everyone in those old films speak with English accents? When did it become acceptable to sound like an American?

In the 1940’s, if your friend had an idea with which you disagreed, you might say, “You’re all wet.” If he feels wrongfully accused; he had a “Bum Wrap!” But if he’s a coward he is  “chicken.”

By the 50’s everything worthwhile was “cool!” Someone who was very uncool was a “drip.” If that drip makes you angry he was “cruising for a bruising.” Everything that is alright was “copacetic.”  “You dig?” (understand?)

When something in the 70’s was cool or awesome it was “far out!” A really cool person was a “cool cat.”

Michael Jackson turned the 80’s upside down, and declared that “bad” meant “good.” And so on and on we go. 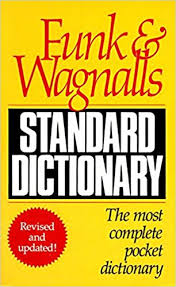 A college professor of mine studied the evolution of language, and taught us that language was always changing. That’s why dictionaries periodically revise their current editions.

So I’d better be careful about what message I leave you with. Although I offer you a sincere wish for a beautiful week ahead, I’m afraid that by the time your read it, I might be in the “hoosegow”(slang, 1909), for saying it.

Comments on: "Speaking Through the Years" (21)

Leave a Reply to morristownmemos by Ronnie Hammer Cancel reply