The minute I turned eight years old I told people I was eight and a half: it sounded so much older, and everyone knows that anyone who was eight wanted more than anything to appear older. Older was more important. Older meant more freedom. Older was smarter.

Time went on and we all age. People shift their desires. They all want to be younger. Younger is more desirable. Younger is cool. Younger is beautiful. Fortunes are made by companies promising to provide a younger “visual effect.”

But not this year. This year I can’t wait to be older. All I wish for is to get beyond this birthday. I will feel so much better, so much safer when I do.

When my mother was exactly the age that I am right now, she suffered a terrible stroke. This cursed stroke robbed her of the ability to ever speak or walk again. 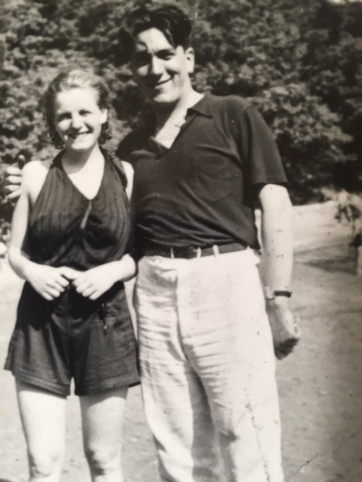 And nobody knew how much she understood. Did she comprehend anything we said to her? What could that damaged brain still process?

She could sing the words to old songs, astonishing everyone. Her favorite was “Oh, Susanna.” The nurses and aides loved visiting with her, loved singing the song and hearing her join in.

But could she play her favorite game, “Checkers?” If she could follow the rules of a game it would indicate that her brain could still process and follow commands. I decided to try. I remember fondly how patient Mom was with me when I was a child and she taught me to play. We always had a special place in our hearts for checkers.

I hesitantly set up the checkers board, afraid to know what I would find out. Soon I would have the answer from the way she responded to the game.

Mom saw that board and broke into the broadest grin I’d seen since she became ill. She was anxious to play; there was no doubt. With great glee she took hold of a red checker and began the game. She was childlike in her excitement. I thought everything was going well at the beginning, as she moved the red checker to its next position. But she didn’t stop there. She didn’t even stop for me to have a turn to move my checker. She moved her “men” indiscriminately forward and backwards, without concern, jumping my men at every self-made opportunity.

What a forlorn image I presented to the world after that game. Mom had no idea how to play the game she once knew so well. She was unable to comprehend the rules of checkers.

I called her Clergyman to tell him about this tragic event, and he asked me,

“Does she understand what happened to her?”
“Yes, I think she does.”
“That’s too bad,” was his uncensored reaction.

His response surprised me. I always thought clergymen were supposed to comfort their congregants and find something soothing to say. His reaction showed his true feelings: he had nothing hopeful to say and didn’t want to pretend that there was a chance for improvement when he knew that my mother’s situation was desperate. There was no hope left.

When my mother was exactly my age I thought of her in a way that I don’t feel now. It’s not that I feel young: I understand that I am not young. But I feel vital, energetic and interested in so much in our world. I still enjoy exploring and learning, just as she did when she was my age. She drove everywhere. She went into the city, saw shows, and visited museums. She travelled a great deal, spending winters in Spain. She had dozens of friends. And she exercised at the gym: swam laps and walked regularly.

Yet she had that devastating stroke. After that, the life she knew could no longer exist.

Someone had to help her with every human need. This once freedom loving, independent
woman was now pathetically dependent on others to care for her.

And so, although I don’t consider myself a superstitious person, I will unquestionably feel safer when this birthday is behind me. This is the birthday that marked the end of my mother’s freedom, and her life as she chose to live it.

The thought of having life pulled out from under you by an unknown, powerful force is the most terrifying thought I can ever imagine.

Spring in the Midst of Winter