BYE BYE, GOODBYE,” my grandson said to me as I was leaving his house. That simple farewell ignited wonderfully fond memories.

It was back in the 70’s, when Russia first allowed their citizens to emigrate to the west and to  freedom. I was offered a job teaching English to a small group of newly arrived Russians to our community.

Although my training was in speech pathology and not in ESL (English as a Second Language), helping people learn to speak our language was not a far stretch, and I accepted the challenge.

I didn’t know any Russian, but was able to speak and to teach English with the help of pictures and using simple sentences.

The determination of those wonderful people to learn our language and become part of the community was heartening, and their progress went along admirably.

I took them shopping to familiarize them with our stores. They told me afterward that they were terribly uncomfortable with all the selections on display. If someone wanted a pair of curtains for example, they were overwhelmed with dozens of colors, patterns and sizes available in our stores. “In Russia,” they said, “There might have been one or two to choose from. Nobody had ever imagined there were so many kinds of curtains in the whole world. How can anybody ever make a decision?”

One couple had a four year old daughter, Svetlana; an adorable child with long dark hair and a charming demeanor. They brought her to all the classes. She spoke snippets of English, including greetings like “Hello” and “Thank You.” But with a twist of her own style. 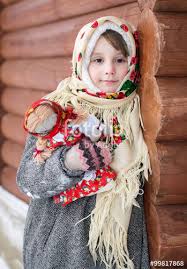 Each time she prepared to leave the classroom she cheerfully said me,

I was so charmed by her that I started saying “Bye Bye, Goodbye” to my own family members at the end of our get-togethers.

Svetlana’s mother, Julia, also adopted an endearing way of expressing her opinion of living in the United States. She often said,

“Very do I love this country!”

And so I say to you:

Very did I love those people, and very do I hope their adjustment to America was successful. 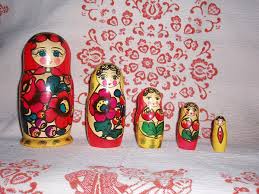