I was ten and he was eight. I was the big sister and he the little brother until the day I turned forty. From then on, by mutual consent, more mutual on my part than his, he became my big brother.

Back then we acquired a pet hamster whom we shared and cared for. One of us cared and shared more than the other, but that’s not the point of the story.

We named the hamster Sniffy because of the funny way his nose twitched. When his nose twitched his whiskers twitched, making him appear to be sniffing. Or having a bad case of St.Vitus Dance.

Sniffy lived in a luxurious cage by hamster standards consisting of a spa quality running wheel and gourmet food and water dishes. The cage had full time security in the form of a lock and key. Hamster ownership was a serious responsibility not to be fooled around with. We chose a hiding spot for the key, and promised never to allow Sniffy to roam free without supervision.

We, of course, were the supervisors, the jailers and the feeding and cleaning staff. We alternated tasks and vowed to do our jobs diligently, regularly and timely.

All precautions considered, somehow one day we discovered the horrifying fact that our hamster had escaped from his barred apartment. How did this happen? How did he get out of the cage? Whose carelessness allowed this mysterious event to occur? Where was Sniffy now, and how will we ever find him? 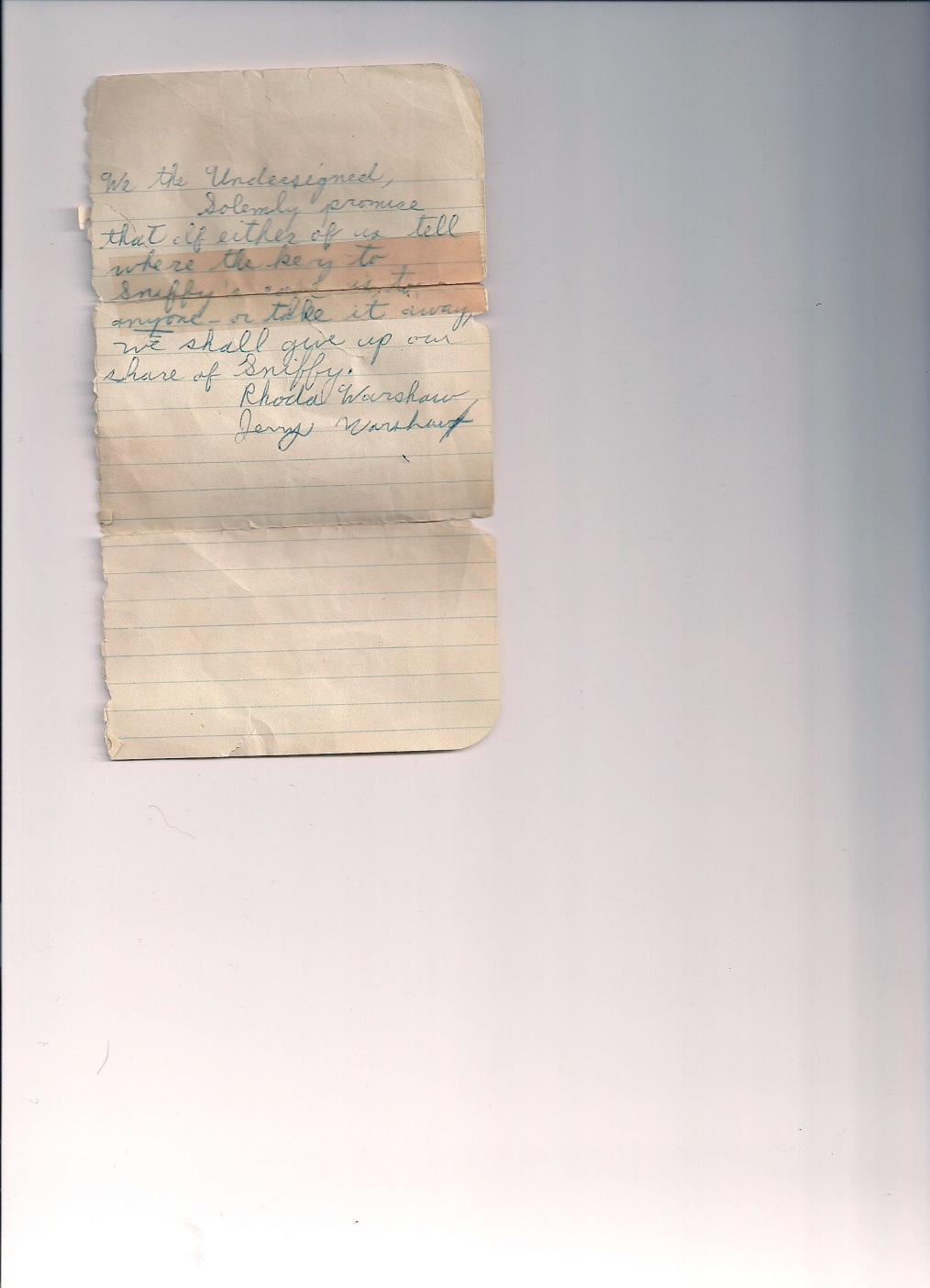 Our fearless sibling team put together a plan based on the Hansel and Gretel story of our youth. Even though at ages eight and ten, we thought of ourselves as grown up.

We set a trail of bread crumbs leading back to his cage. No matter where in the house he is hiding one sniff of the crumbs will roust Sniffy onto the trail and lead him right back to his cage.

But we didn’t take Tippy into consideration. She was our six year old dog who was usually asleep: was never a threat or particular interest to anybody or thing.

But somehow the presence of breadcrumbs on the floor challenged something in her hunting dog ancestral background and she lapped every one from the floor.

So poor Tippy got tied up in her own home (the indignity of it all!) while we set the breadcrumb trap again. It proved to us that only dogs, not hamsters, greedily eat bread crumbs from the floor. Tippy was freed when no hamsters near of far showed a crumb of interest in crumbs.

The mystery was never solved, but some interesting theories evolved.